IAFD is back and somewhat rested from the always grueling experience of AVN week. I commented last year that I didn’t know how people could work a convention, party the entire night, rinse, and wake up the next day to repeat the cycle, but I managed to do it this year without any pharmaceutical help because I was much more selective on who I wanted to photograph, where I wanted to go, and who I wanted to hang out with rather than try to do and cover everything.

The expo itself was slightly smaller this year with less booths and what seemed like less attendees from previous years. It still hummed though. One positive but controversial change was that people were not able to bring in “professional” (DSLR and mirrorless) cameras unless they had an industry badge. Although unevenly enforced, this led to many less idiots holding up traffic flow by parking their asses somewhere and trying to get some upskirt shot. Another weird change was the use of metal detectors since everyone and their equipment/phones were setting them off which sometimes led to a followup hand wanding. I’m not sure what the point of that was since it falls below TSA protocols and the news had made it clear that TSA screening was not foolproof in preventing weapons going through. 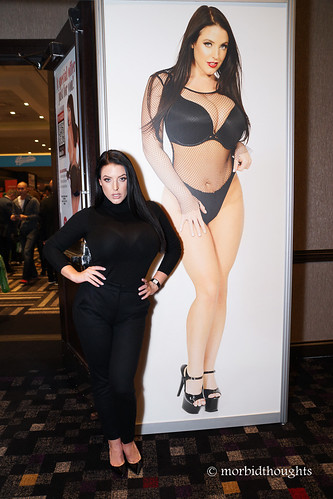 If you asked me who had the best booth at the show, I would semi-seriously answer whichever booth Angela White was signing at. She did quadruple duty signing for Evil Angel, Greg Lanksy‘s Tushy/Vixen/Blacked, Jules Jordan, and AVN itself and was accessible to her fans throughout the show even though she had the longest lines in the show. However, to be more serious, the best booth was Jules Jordan Video because of the quality of their signing lineup and how accessible they were presented to the fans. Abella Danger and Gina Valentina had long lines for them also, but the lines kept moving because the two kept plugging away at it. As Abella noted:

I was also sheepishly keeping Jill Kassidy warm in a perpetual hug throughout the week while her lines looked on. 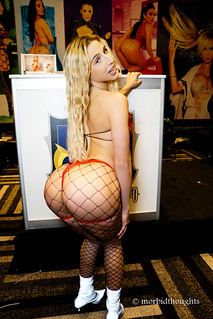 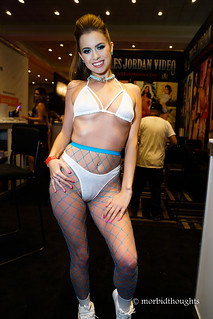 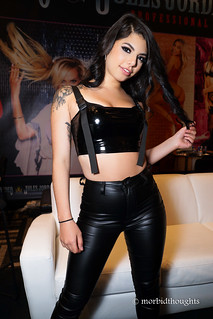 Lansky’s booth was a work in progress through the week. Due to its location next to two other busy booths and elevated height, the great lineup they had was not as accessible to the fans. On the first day of the expo, you had to go through one line if you wanted to see any of the girls, and there was no guarantee that they would be there once you get to their signing area. There was a bar and photobooth inside the booth, and several girls utilised both heavily and were more busy participating in group activities meant to draw the crowds rather than actually engaging the fans. Entry into the booth itself was limited to VIPs, and I was denied entry by the bouncer even after presenting the designated VIP card, heh. You definitely are getting the velvet rope experience. Thankfully, they scrapped the one line rule by the second day, but the crowds overwhelmed any semblance of signing lines. By the last day, the girls that were there concentrated more on signing so someone is listening to fan feedback. 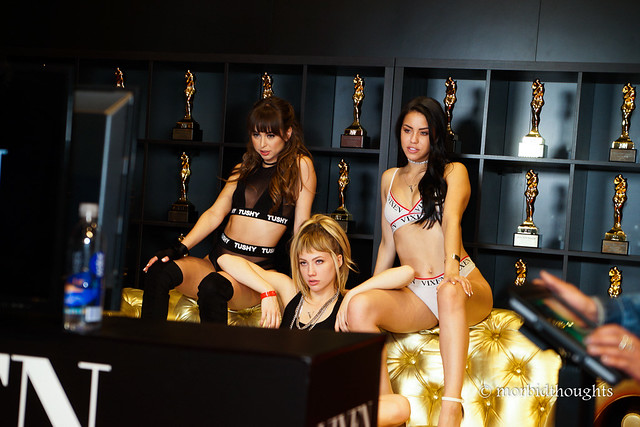 As in previous years, swaths of square footage was devoted to cam, clips and other self-production companies. MyFreeCams (MFC), the major sponsor of the show, had three large booths to accommodate all of their camgirls and threw exclusive parties for them each night. The positive is that you see all types of women with them, but the negative is that they are interacting more with their laptops and each other than with the public. Many also had groupies of regulars that constantly stay with them the entire convention. At some point you have to wonder why MFC bothers spending so much money here when they could easily just have their own exclusive event to take care of their members.

Most networking was done off site. I saw many performers walking about and socialising at the host casino that I didn’t see at the expo. With beers in hand on the casino floor, I caught up with many friends in the industry and ended up crashing several parties because of them; with the appropriate wristbands of course. I did not have the burden of bringing my camera with me thanks to my Google Pixel.

I did not attend or work the AVN Awards for the second year in a row. Being away from the bustle of the red carpet made me happier than being morbid. IAFD couldn’t procure tickets in time to go support our friends either. 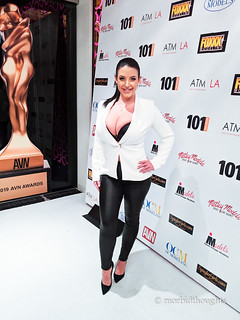 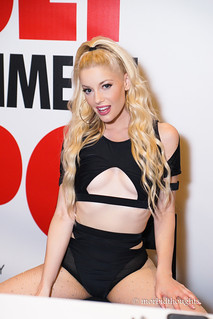 Congratulations to Angela White who won 10 awards including repeating as Female Performer of the Year. This was the second year that IAFD voted in the Awards, and the list of winners were mostly consistent with the ballots of judges that we polled and ours. As I joked with Angela, “Who knew that voting actually worked?” Congratulations also to Charlotte Stokely for winning G/G Performer of the Year, acknowledging what I believe she earned years ago.

Thanks to Mark Spiegler, Ivan, Shawn of AGW, and Sascha Koch for hosting us on various shindigs. Shoutout to my boys from IAFD & ADT, Swine, and Sammy. 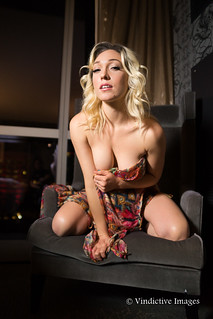 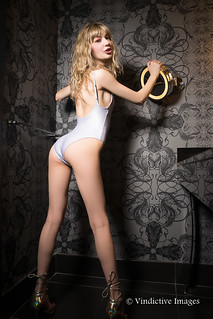 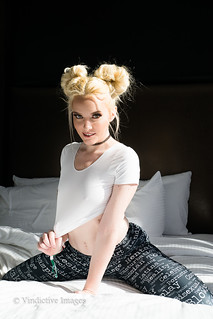 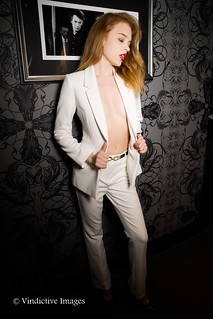